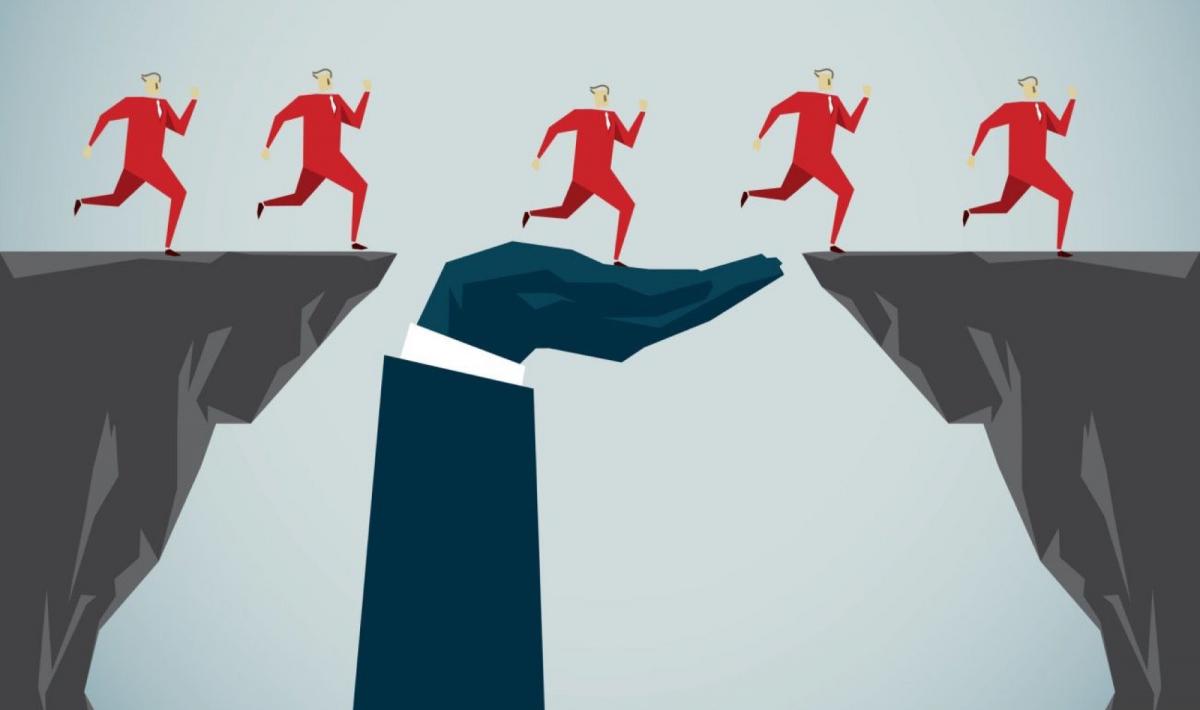 Where there is no strategic servant leadership, an organization or a nation is bound to fail. Many economic projects and businesses without sustainability have failed in Nigeria occasioned by lack of strategic servant leadership. Basically, Nigeria is blessed in every way but without good leadership. To make a nation and the world a better place, we must raise leaders who are change agents that are strategic in serving the people.

The following are the qualities of effective strategic leaders that could lead to effective performance:

The Principles of Strategic Leadership

Being strategic as a leader will not lead to sustainable development in an organisation or country. Therefore, to be an effective leader, one needs to combine strategic leadership and servant leadership. Put differently, you need to be a strategic servant leader.

The philosophy informing servant leadership is service. Consequently, strategic leaders strive to serve in leading others. This agrees with the view of Greenleaf (1977) that true leaders are first servants, and this he refers to as servant leadership. Servant leadership theory was propounded by a leadership guru, Robert Greenleaf (1977). According to Greenleaf (1977), servant means “Fully human … functionally superior because he is closer to the ground- he hears things, sees things, knows things, and his intuitive insight is exceptional [and] because of this he is dependable and trusted” (p. 32). He sees an effective leader as a worthy servant. It suggests that a true leader is one whose leadership is born out of the desire to help and serve others. Such leaders have the desire to serve the people and support them to reach their highest potential. The practice of servant leadership has its root in the world’s great religions. Many scholars have seen the teaching of Jesus to His disciples as a model and example of servant leadership (Ebener & O’Connel, 2010; Lanctot & Irving, 2010; Winston, 2004).

Tao Te Ching (LaFargue, 1992) explained the nature of a servant leader through the following points:

By its nature, a servant leader does not promote self, show-off, glorify, or boast of himself. Silently, he goes about his work with humility and allows the work to speak for him or her.

Strategic servant leadership requires a leader to maintain ethics of care and service. The above definition of servant suggests that a leader must have the quality of humility in order to practise ethics of service and put the needs of others first before personal needs in order to be a true servant leader. Hence, Greenleaf (2002) opined, “the servant-leader is servant first….It begins with the natural feeling that one wants to serve, to serve first. Then conscious choice brings one to aspire to lead” (p.27). In corroboration, a mixed-method study carried out among Catholic schools in the Archdiocese of Los Angeles by Valadez (2013) found that most Catholic school principals see the work as a vocation rather than a job. Such principals see their work as their purpose in life. Consequently, it is a call to service, and they see themselves as servants and adopt a servant leadership style.

The idea of leading by example and making sacrifices underline the concept of servant leadership. A servant leader has the natural desire to serve and care for people and empowers others to do the same. It suggests that a good leader initiates a vision, works out the structure and its implementation with the followers, and takes the risk of failure and chance of success (Greenleaf, 2003). The leader’s position should be at the center, not at the top in any organisation (Greenleaf, 2002). Such positioning at the center will enable the leader to be in direct contact and control of the various aspects of the organisation and the people in it.

In articulating the characteristics of servant leaders, Greenleaf (2002) stressed the need for the leader to have:

Subscribing to the caring behaviour of the leader in meeting the needs of others, Spears (2010) argued that servant leadership is grounded in an ethical and caring behaviour of the leader, involvement of others in the decision-making process, and the improvement of the environment. In this understanding, Spears (2010) listed the ten characteristics of servant leaders to include:

The first characteristic is listening; it allows the leader to receptively listen to what the people are saying and what is left unsaid (Spears, 2010). It requires listening intently to the inner voice, identifying the will of the people, and automatically responding to any problem. The second characteristic is empathy which involves making an effort to accept and understand the background and where the people are coming from and appreciate their talents and gifts uniquely (Spears, 2010). This is important in sustaining economic development in our disadvantaged country because the leader needs to empathize with the people and accept them as they are if such leader must win their followership. Close to empathy is healing which is the third characteristic. A servant leader needs to recognize the need to heal a broken relationship and strive for the wholeness of the people and self.

The sixth characteristic is conceptualization.  The servant leader seeks to create and arouse the abilities to dream great dreams and thinks in broader and conceptual terms. Like an instructional leader, it requires setting goals and objectives and creating a vision, and having the foresight to know the direction of the organisation. Servant leader creates a clear vision for the organisation, articulates the vision to the followers, builds shared vision, intelligently craft a path to achieve the vision, and guide the organisation into a new direction (Parris & Peachey, 2013). This is linked to the seventh characteristic, which is foresight. Foresight is the ability to intuitively understand the lessons of the past, the present realities, and the possible outcome of future decisions (Spears, 2010; Parris & Peachey, 2013). Both Greenleaf (1977) and Spears (2010) see foresight as the central ethic of strategic leadership that is rooted in an intuitive mind and insight. Foresight enables a servant leader to foresee the unforeseeable and work toward it.

The eighth characteristic is stewardship. It entails a leader’s commitment to serving others’ needs. A steward is open to the needs and desires of the people and makes an effort to meet such needs. Stewardship is linked to the ninth characteristic of commitment to the growth of the people (Spears, 2010). A good steward is disposed to helping others to grow personally, spiritually, and professionally.  Finally, the tenth characteristic focuses on community building. In helping others grow, the leader contributes to the growth of the community (Spears, 2010). Creating a sense of community is vital in an organization because it enhances collaboration, communication, and commitment among the members (Hitt & Tucker, 2016). Like distributed leadership, servant leadership includes distribution of work, involvement of stakeholders in the decision-making process, and building team spirit (Hitt & Tucker, 2016).