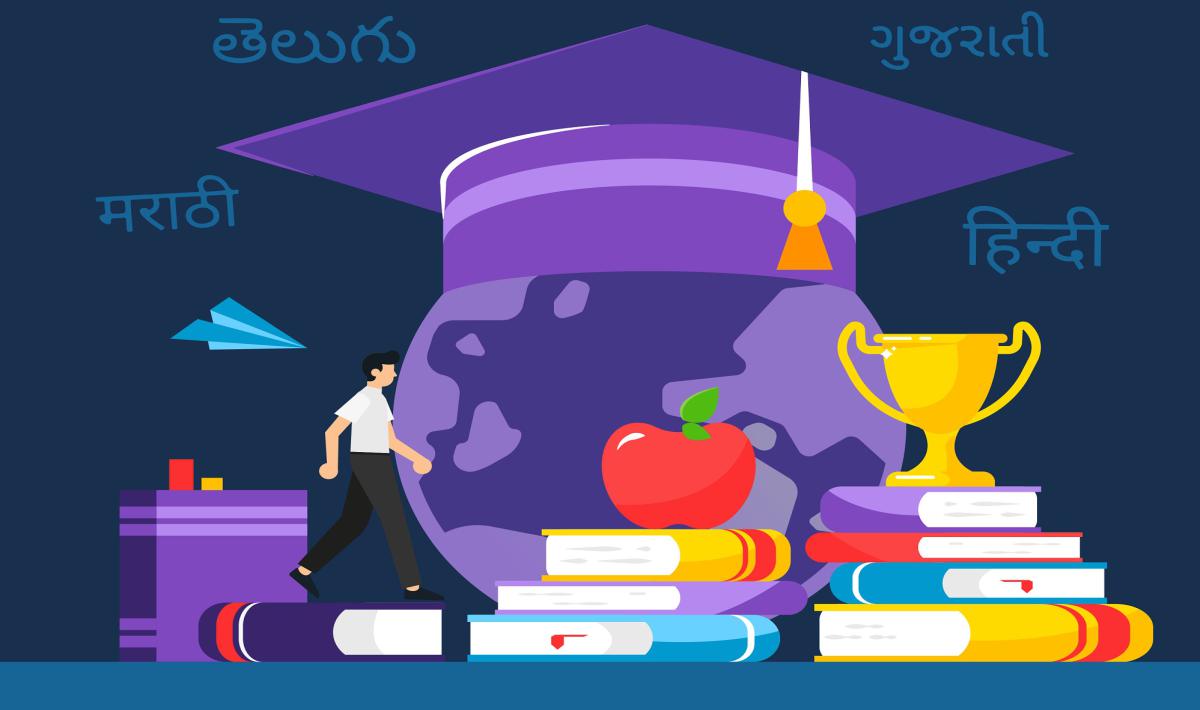 This article examines the National Policy on Education in Nigeria. Though this policy covers all stages and aspects of education, this article focuses on the junior secondary school education section, now called the Universal Basic Education. Nigeria inherited a system of education from Britain along with administrative paraphernalia. It was a 6-5-2-3 system of education: that is, six years of primary school, five years of secondary school, two years of higher school certificate, and three years of university education (Bello, 2008). Nigeria inherited an educational system that was academic in character, the emphasis of which was on paper qualifications. This system was void of exposure to skills orientation and a factor sometimes blamed for the present day high unemployment among school-leavers in Nigeria (Uwameiye & Onyewadume, 1999). This system did not meet the needs of modern life as characterised by technological and scientific innovations.

In a bid to meet the needs of the nation and the growing technology in 1977, the Federal Military Government introduced a new system of education through a white paper on education entitled: Federal Republic of Nigeria: National Policy on Education. This new system is popularly referred to as the 6-3-3-4 system of education. This means that under the new system, the Nigerian child is expected to spend  6 years in primary, 3 years in junior secondary school, 3 years in senior secondary school, and 4 years in the university or tertiary education (Federal Republic of Nigeria, 2004; Anyaegbu et al., 2004). However, in a bid to achieve a 100% transition from primary school to junior secondary schools, the government introduced a nine (9) years Universal Basic Education (UBE) program in 1999 (Arikewuyo, 2009). Under this system, a Nigerian child is expected to spend nine years of compulsory and free education before beginning three years of senior secondary school.

The new national policy on education recommends a new secondary school system where education at that level lasts for a total of six years and is organized in two tiers. The first tier consists of three years of junior secondary school education (JSS) which is now part of the Basic Education. The second tier consists of three years of senior secondary school (SSS). The difference between the old and the new system is not to be found in the nomenclature or the number of years students spent at each level of education but in the curriculum. This new system has not only changed the fundamental structure of secondary education but has also completely revolutionised its curriculum. The new system is designed to operate a curriculum that embodies technical, new technology, commercial, and vocational education against the old system that operates the “Grammar” school curriculum that trains students only in literary subjects (Aiyepeku, 1989).

Analytically, the junior secondary education was designed to equip citizens with adequate knowledge and skills to lead a useful life in society with emphasis on technical, new technology, commercial, and vocational studies (Arikewuyo, 2009). As a matter of policy, junior secondary school (JSS) is tuition-free, universal, and compulsory. It is intended to develop the individual functional skills and capacities for creative and critical thinking that will enable such a person to make an appropriate decision, solve problems, carry out practical tasks, and make a career choice. In Basic Nine (JSS111), students write an External Certificate Examination. Those who are successful and are academically inclined are expected to proceed to Senior Secondary School, while others may proceed to vocational or technical training institutions for critical skills acquisition (Arikewuyo, 2009).

Analysis indicates that in a bid to reform the educational system, the Federal Government devised this policy on education. This agrees with the assertion of Hall and Hord (2011) that if you want change to have a positive impact, you need to change your unsuccessful practices. However, while implementing it, the Federal and State Governments did not make the necessary preparations for the proper take-off of Junior Secondary School (JSS) in 1982. Indeed, there were leadership, political, financial, and curriculum constraints that worked against the appropriate implementation of the system. Hence, Adesina (1988) maintained the most intractable problem had been the implementation of the new national policy on education at the secondary level. Stressing this fact, Aiyepeku (1989, p.36) commented, “The implementation has been shaky, haphazard, and half-hearted.” Consequently, what the country has at the moment is far from what was prescribed in the National Policy on Education (Uduigwomen & Ozumba, 2004).

Why the policy could not induce and sustain change

Being a brainwork of the military government, the new policy on education did not consider the context and the environment where it will be implemented (Uduigwomen & Ozumba, 2004). School as the primary unit for change must be considered along with the school context and capacity (Hall & Hord, 2011). Analytically, how can a government introduce a technology driven curriculum with skill acquisition without considering the source of electricity to power the machines needed for the implementation (Arikewuyo, 2009)? They needed to consider how many towns have electricity and how many hours they have it in a day. There must be a stable light in order to implement such a curriculum.

Again, the policy did not consider skill transfer and human resources to teach the new subjects and implement the policy. The government acquired different machines with no expert and power to operate them (Uwameiye & Onyewadume, 1999). As Hall and Hord (2011) noted, learning new skills makes it possible to make a change in an organization. It suggests that there should be training for stakeholders and instructors on the new curriculum and the use of the technologies. There was a great need to carry out interventions in the form of training and workshop for capacity building to ensure a successful implementation of change (Hall &Hord, 2011). More importantly, change has to start with the individual because if the individual does not change, the system cannot change; the individual implements, consequently, the individual in the system must move over the “Implementation Bridge” to ensure effective implementation (Hall & Hord, 2011, p. 9).

Additionally, there was no adequate planning and consultation among the stakeholders and experts (Bello, 2008). Since there was no involvement of the stakeholders in the planning, it never gained the support of the stakeholders who will implement it. This was a major setback in the policy to induce the desired change in education. It was autocratically given to the people, and they reluctantly carried it out with no commitment to the program; consequently, it encouraged resistance to the change process (Hall & Hord, 2011). A top-down mandate does not encourage success when it is only supported at the time of the announcement of the mandate (Hall & Hord, 2011). There was no adequate plan for its sustainability, though it is still in force, it is not meeting its desired goals.

Internally, a factor that affected the implementation of the policy was the lack of planning. There was no adequate planning and piloting of the new system, and there was “over-hasty scheduling of innovation,” and this affected the implementation and success of the new program (Oates, 2008, p. 105). Hall and Hord (2011) noted that change is a process, and it takes time. The government, to some extent, sees change as an event because the government only announced the policy without effort to pilot the change, take a summative assessment of the policy, and have a proper implementation of the policy.  This “event mentality” affected the planning, participants, and the success of the change in policy (Hall & Hord, 2011). It is important to note that plan for change must be strategic, which implies a longer time (Hall & Hord, 2011).

Time frames worked against the new policy’s success because time frames are not popular with politicians and ministers who may introduce a policy in the second year of their tenure and not wait to see to the full implementation of the policy and its success (Oates, 2008). In such a situation, another Minister who has no idea of the policy or has his or her own agenda will not focus on implementing such policy. This leads to what Oates (2008) calls “temporal discontinuity” that has an advanced effect on the change process, which has affected a change in Nigeria’s educational system.

Stakeholders were not certain whether the new policy and change would lead to improvement in education; consequently, they were slow to support this program. This agrees with Hall and Hord’s (2011) assertion that resistance comes in the form of people questioning whether the change will lead to improvement in education in Nigeria. Consequently, it was not uniformly implemented across the country. Many programs experience setbacks because they are not understood or clear to the stakeholders.

Another internal governance structure that militated against the implementation was the lack of strong leadership to facilitate the change process (Hall & Hord, 2011). Leadership plays a vital role in implementing any policy or program, and it determines the success or failure of most programs. Leadership must be ongoing to ensure that change is successful (Hall & Hord, 2011). Facilitating the change process requires the team’s effort led by a capable and effective leader, and this team leadership ensures grassroots mobilization and coordination (Hall & Hord, 2011).  Close to the idea of teamwork is a lack of qualified personnel to teach the new curriculum. It is expected that the government should train the teachers in these new areas to ensure the proper take-off of the programs. Training is important because education innovation needs teachers to manage the students for success (Doughty, Meaghan, & Barrett, 2009).  In the change process, stakeholders must be empowered to enhance effective implementation. Both the problem of leadership and qualified personnel affected the supervision of the change process.

Finally, there was no stable light or electricity to power the machines and technologies introduced. This was a major internal problem that affected the implementation. Some schools in the villages had never seen electricity, but the government went and dumped machines in those schools, and they were never used but vandalized and money wasted. If one must introduce a change having to do with technology, there is a need to consider some key factors such as the availability of power to operate the machines and other equipment.

The outcome of the implementation

Though change is seen as a process, not an event, the innovation has been on for

22 years and it has not shown a sign of success (Hall &Hord, 2011; Uduigwomen & Ozumba, 2004). One of the goals of the innovation was to ensure that those who are not academically inclined should have acquired useful skills that can enable them to start a trade. Today, because skill acquisition is not achieved, everybody moves on to the senior secondary that is academically oriented. Additionally, though we run the curriculum, it is merely theoretical with no emphasis on the practical aspect and technological skills. There are machines and technological equipment that the students are taught in class, but they have never seen or seen it work. In all, the policy did not address the goal because the implementation was haphazard and uncoordinated (Uduigwomen & Ozumba, 2004).

In this case, we cannot talk of any effort in terms of planning, capacity building, leadership, supervision, provision of needed equipment, implementation strategy, and the change process assessment to address the goals. Evaluation of our curriculum and policy on education indicates that they have led to high dropout rates and unemployment in the country (Arikewuyo, 2009). There was no serious effort on the part of the government to ensure the successful implementation of the policy so as to impact the students and society. The only impact it has created is confusion in the school curriculum, and it has made a caricature of the policy and practice (Uduigwomen & Ozumba, 2004)