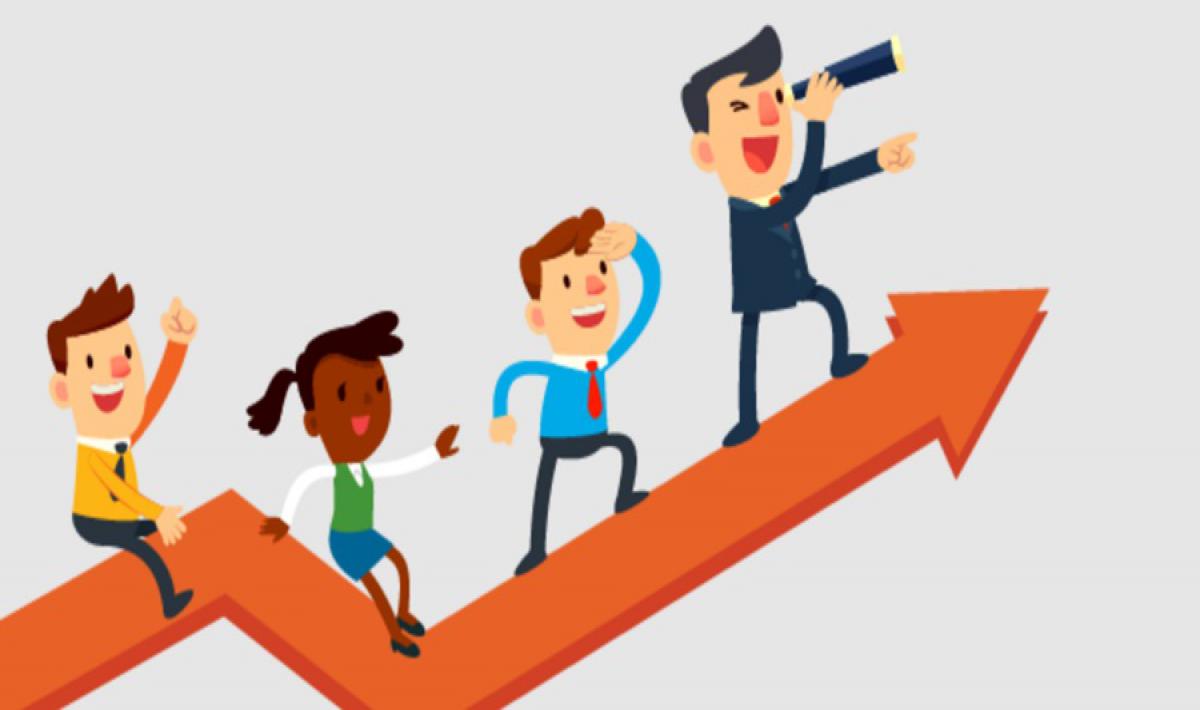 Most researchers agree that strong leadership is necessary to ensure organisational success (Brundrett, 1999; Bush &Coleman, 2000; Brundrett et al., 2003; Northouse, 2013; Huber, 2004). Leadership is seen as the key to a successful school because it is an indispensable constituent in the effectiveness of the school (Northouse, 2013; Sammons et al., 1995).  However, there is no universally agreed definition of effective leadership as such. Effectiveness is, rather, a contested notion, and one that has to remain open to question, to challenge and to refinement (Huber, 2004). In a bid to have a greater insight into it, some children in the study described an effective leader thus:

These children stressed the idea of relating to the community by building a relationship with the community. It keys into the view of MacBeath(1998) that effective leadership means “sustaining those relationships within a community in which all its members are heard, and taken account of.”  An effective leader is a dynamic leader, assertive, results-oriented, flexible, yet task-oriented, confident in sharing responsibility, involving staff and students in decision-making, and enabling the initiating and supporting of school improvement programmes (Nwagwu et al., 2004).

An effective principal is essential in leading and co-ordinating the teachers and students in schools in poverty areas to achieve success and effectiveness (Kunzle et al., 2010). In corroboration, the Wallace Foundation (2012) claimed that effective leaders determine the effectiveness of schools because they are a key constituent of the effectiveness of any school irrespective of the context. An effective leader is considered as dynamic, assertive, result-oriented, flexible yet task-oriented, and democratic in decision-making (Hitt & Tucker, 2016; Supovits et al., 2009). In a mixed method study of school leadership practices in challenging contexts, involving four schools and their principals, Masewicz (2010) observed that effective leaders are resilient, vision-builders, accountable, flexible, and have the ability to manage change. In the study, Masewicz conceptualised an effective leader as a servant with shared leadership and positive instructional climate that impact on student achievement.

Effective principals build a supportive and collaborative relationship with stakeholders in leading the schools (Gronn, 2008; Ojera & Yambo, 2014). In support of this assertion, Ojera and Yambo (2014) found in a quantitative study of the role of principals’ leadership styles in facilitating students’ performance in Kenya that involved 150 participants that an effective leader builds a relationship that is open, collaborative, facilitative, and supportive with staff rather than a relationship that is closed, exclusive, and controlling. The study further observed that an effective leader has a sense of direction, has a good relationship with people, has control over teaching and learning process, promotes teamwork, delegates, maintains shared decision-making, and enhance staff development.  In their study, Ojera and Yambo found that effective leadership builds a leadership team that is capable of motivating and raising staff morale and enhance performance over time. Analysis of these findings suggests that leading schools in the disadvantaged areas need leaders that are capable of setting clear goals, articulating the school’s vision, and creating positive school climate for effective learning.

There is an indication in the literature that an effective leader has a strong vision of the school, strives to inspire and motive the followers, has good communication, focuses on instructional process, and manages the internal and external environment of the school to impact on the student achievement (Huber, 2004; Nagy & Fawcett, 2011; Ojera &Yambo, 2014; Thapa et al., 2013; Tan, 2012). In a quantitative study of the impact of effective leadership on student achievement in schools in poverty areas, with 64 educators from Illinois, Indiana, Kentucky, and Iowa, Merritt (2016) found that effective leaders involve others in decision-making, create school vision, stress students’ expectation, create school culture, maintain effective communication, and improve student achievement. Analysis of the study suggests that an effective leader is a guardian to the school, a collaborator in the instructional process, and an accommodator of stakeholders in school leadership (Merritt, 2016).

Leithwood and Riehl (2003, 2005) observed that successful principals develop and improve their schools by supporting and sustaining the performance of their teachers and students. In corroboration, Ylimaki et al. (2007) found in a case-study of successful principals in 13 challenging, high-poverty schools in the United States, England, and Australia that successful principals in the challenging contexts set and sustained direction in their schools, and exerted a strong, positive influence on the teachers and students. The study further indicated that the principals studied exhibited Leithwood and Riehi’s (2005) four core leadership practices (Ylimaki et al., 2007).

An essential aspect of effective leadership is the ability to influence other people and achieve the set goals. These key terms: influencing and achieving set goals were articulated in the definitions and descriptions of leadership (Ade, 2003; Fapojuwo, 2003; Kreitner, 2001). In the ordinary usage, to be effective means to achieve the desired result (Olagboye, 2004). Thus, effective leaders are strongly driven by a set of personal values which create a ‘passionate conviction’ to build, implement and continually monitor a vision by means of feedback from stakeholders. Such leaders are capable of managing tensions and dilemmas which arise from competing interest groups from the contexts which they work (Kreitner, 2001).

In considering the assessment of an effective leader, here are two criteria for judging the effectiveness of a leader: outcome and process (Fidler, 2002):

Outcome– It is what the leader achieves in terms of organisational outcome, and this can be seen in the performance of the organisation. This has to do with examination results, attendance and other published indicators, value added to children’s progress and achievement of aims. Hence, Harris et al. (1996) assert that “one of the most common ways of measuring a school’s performance is by its examination results” (p.10).

Process – This is the way and manner in which a leader carries out his or her work (Fidler, 2002). The implication of Fidler’s assertion is that there is a need to combine both the outcome and process in judging the effectiveness of the leader.

An effective leader combines values and purpose with intra and interpersonal knowledge (Leithwood et al., 1999). Such a leader builds a relationship that is open, collaborative, facilitative and supportive with staff against the relationship that is closed, exclusionary, and controlling (MacBeath, 1998). Research conducted by Zhang (1994) in Singapore reveals that effective principals possess attributes such as being assertive, authoritative, competitive, aggressive, stubborn, independent-minded, more considerate and adaptable.

Moreover, a Canadian review of school leaders concludes that ‘effective’ leaders were good role models in their schools, they set examples by ‘working hard, having lots of energy, being genuine in their beliefs, modelling openness, having good skills, and by showing evidence of learning by growing and changing themselves’ (Leithwood et al., 1997). In considering these two research findings, one might say that effective leaders are those who know where they want to go, but also know how to track with the wind. Effectiveness is about making choices and about managing the ‘fit’ between the external world and the internal world of the school (Northouse, 2013; MacBeath, 1998). This agrees with a study carried by Ian (2003) which indicated that effective leadership could be seen broadly as a process of enabling interactions between internal, external and individual domains of activity. The implication is that effective school leaders are ‘good’ leaders who are able to balance both the external and internal activities of the school for improvement. Effective leaders are distinguished by their vision, passion, focusing on classroom pedagogy, capacity to bring a critical spirit into the complex job of headship, and ability to improve staff and pupil performance (MacBeath, 1998). In this light, leaders may be considered effective if they possess the ability to set direction, collaboratively develop and articulate a vision, show honesty, commitment, energy, internal locus of control, integrity, and a passion for continuous improvement of the school.

The characteristics of effective leaders have been further articulated by Ribbins et al. (1990) thus:

Here, vision, as a quality of a leader, is seen by both MacBeath, 1998 and Ribbins et al. (1990) as a sign of effectiveness of the leader. This assertion keys into the empirical findings of some researchers, as summarised below. Various research projects carried out by Bradley (1988), Leigh (1994) and Scheerens (1992) have, meanwhile, shown that an effective school leader:

The above qualities of an effective leader stress the idea of maturity. An effective leader should have a high sense of maturity, and to ensure this, the leader must be able to assess his or her strengths and weaknesses. It is highly recommended, for instance, that leaders should carry out an assessment of their effectiveness from time to time. An honest assessment will help to reposition the leader more effectively as he or she takes advantage of his or her strength while working on his or her weakness for better performance. An effective leader creates a personal development programme and, is a good learner who learns how to handle stress. A good leader, meanwhile, also has the ability to manage conflict and time, to motivate and influence the followers to achieve organisational goals.

In considering these studies, Reynolds (2000) identified eight characteristics that are important in determining the quality and effectiveness of leadership thus:

Finally, effective leaders are both skilled and trained. They have the know-how of leadership (Northouse, 2013; Kreitner, 2001). Therefore, principals should be trained in leadership roles to ensure effectiveness. As Uwazurike (1991) notes, “they need specialized training in educational administration and planning to provide better leadership of the schools under their charge” (p.262). In this direction, Ocho (cited in Uwazurike, 1991) asserts, “School leaders … must be given the knowledge, insight, and skills to enable them to perform their jobs effectively and efficiently.” This indicates that training enhances effectiveness.